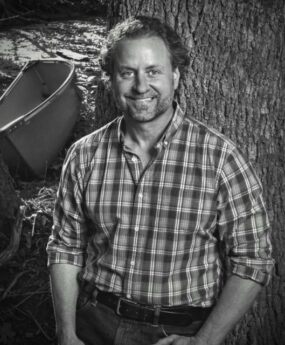 Originally from Memphis, Tennessee, Elliott honed a number of valuable skill sets over a 20 year career with Sam’s Club, working his way from gathering shopping carts to managing Sam’s Club locations all over the southeast. After living in 7 cities in 7 years, he and his family transferred to Asheville, North Carolina, and quickly realized Asheville was the home where they would put down roots. Asheville’s people, the diversity of natural beauty, and the opportunity to commune with both, soon helped Elliott realize it was time to think about redirecting his professional efforts. After a 3 week immersion into the majestic beauty, mystery and isolation of the Colorado River through the Grand Canyon, Elliott and his family made the decision to take a leap of faith and leave his corporate job of 20 years. As luck would have it, this leap landed Elliott’s feet solidly on a path that would eventually lead to what would quickly become his passion, Olivette Riverside Community and Farm. Elliott thinks “Olivette is truly on the cutting edge of responsible real estate development and community building.” He feels incredibly fortunate to bring his business acumen, interpersonal skills, appreciation of nature, and knowledge of energy efficient and sustainable building practices to the Olivette team in his role as a Home Energy Rating System (HERS) Rater.