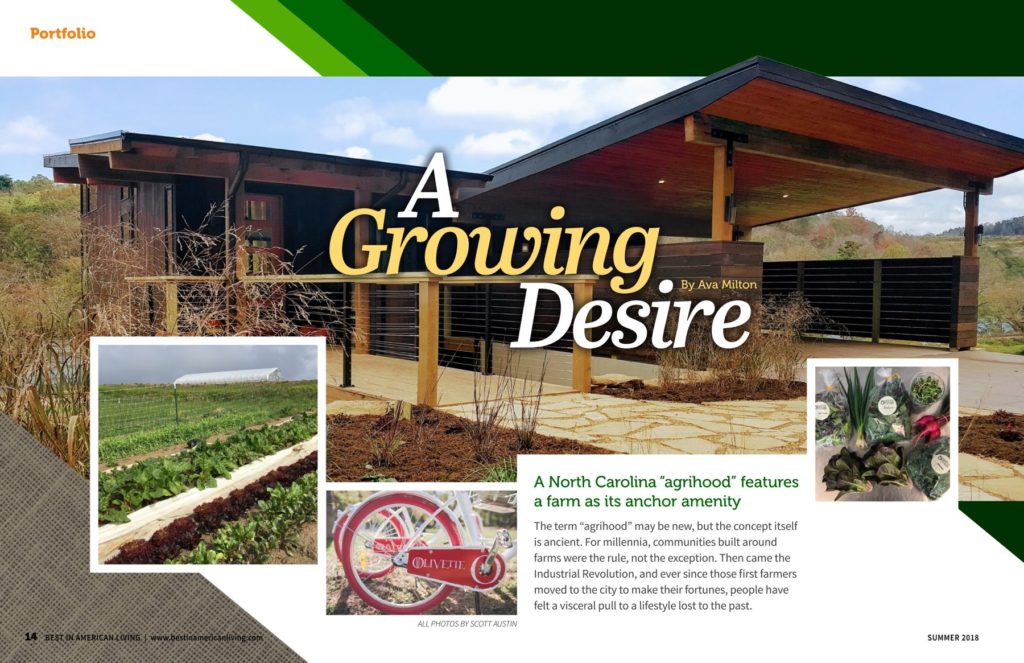 The concept of “agrihoods”, unlike the term itself, is not a new one; for millennia, communities built around farms were the rule, not the exception. Then came the Industrial Revolution and the rise of the city – and ever since those first rural farmers moved to the nearest metropolitan area to make their fortunes, people have felt a visceral pull to a lifestyle lost in the past.

The urge shows itself in cycles, with the religious communes of the early 20th century and the hippie movement of the 1960’s. These days, increased environmental consciousness and a feeling of isolation due to technology have created the perfect storm to bring about a renaissance of the rural lifestyle. But denizens of the 21st century are not interested in returning to nature in the way of earlier rural movements. They expect amenities, a harmony of nature and technology.