Chatt Hills Music and Olivette are proud to host our concert series “Sundays On The River!” 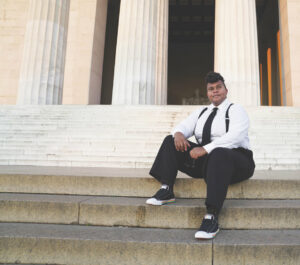 Already being hailed as “the next Woody Guthrie,”DC resident Crys Matthews is among the brightest stars of the new generation of social justice music-makers. A powerful lyricist whose songs of compassionate dissent reflect her lived experience as what she lightheartedly calls “the poster-child for intersectionality,”Justin Hiltner of Bluegrass Situation called Matthews’s gift “a reminder of what beauty can occur when we bridge those divides.” She is made for these times and, with the release of her new, hope-fueled, love-filled social justice album Changemakers, Matthews hopes to take her place alongside some of her heroes in the world of social-justice music like Sweet Honey in the Rock and Holly Near. Of Matthews, ASCAP VP & Creative Director Eric Philbrook says, “By wrapping honest emotions around her socially conscious messages and dynamically delivering them with a warm heart and a strong voice, she lifts our spirits just when we need it most in these troubled times. 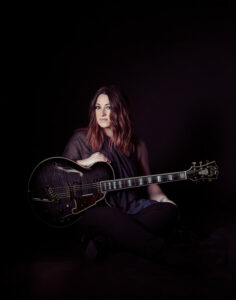 Jennifer Knapp is a Grammy-nominated singer-songwriter, author, speaker and advocate. Her impressive history includes selling over one million albums with her first three releases Kansas (debut 1998, Gold-certified), Lay It Down (2000), and The Way I Am (2001). She has earned four Dove Awards and two Grammy nominations. The Kansas-born musician has toured the globe with artists such as Jars of Clay and was featured on the Lilith Fair Tour in 1999 and 2010. Knapp received critical acclaim for her human approach to the divine, with The Los Angeles Times calling her “a rising star” and People Magazine describing her as “an uncommonly literate songwriter.”

With a considerable fan base and critical and commercial success, Knapp walked away from music in 2002 at the height of her career. After a seven-year hiatus she returned in 2010 with a renewed passion for music showcased in her album Letting Go, which debuted at No. 73 on the Billboard Hot 200 Chart. Set Me Free followed in 2014 on Righteous Babe Records in conjunction with a memoir, Facing the Music: My Story, published by Simon & Schuster. Her 2017 album Love Comes Back Around, produced by Viktor Krauss, pairs her fearless songwriting and strong, expressive voice with Americana style rootsy arrangements.

8ALL EVENTS ARE BYOC (CHAIRS). More information at www.chatthillsmusic.com